There is no doubt that social media has become an integral part of our lives. For many of us, it is a great way to stay connected with friends and family. However, there is also a dark side to social media – it can be harmful to teens. Here are five reasons why social media is bad for teens:

Social Media Can be Addictive:

A study by the American Academy of Pediatrics found that social media can be addictive for teenagers. The study showed that teens who spend more than two hours a day on social media are more likely to be depressed and addicted to their phones.

Additionally, teens may become addicted to their phones if they are spending a lot of time on social media. This addiction can interfere with their schoolwork and relationships.

The study, which was published in the journal JAMA Pediatrics, surveyed nearly 1,800 adolescents between the ages of 13 and 17. The participants were asked about their social media use, including how often they checked their accounts, how much time they spent on social media overall, and how often they felt lonely or depressed.

Social Media Is Bad for Sleep:

There’s no question that social media has become a staple in the lives of teens. According to a study by Common Sense Media, 95% of teens aged 13-17 say they use social media regularly, and nearly half say they’re online “almost constantly.” But what many parents and experts may not realize is that all that time spent on social media can have a negative impact on sleep.

One study published in the journal Pediatrics found that kids who went to bed after using electronic devices were more likely to get less sleep than those who didn’t. The researchers looked at data from about 2,000 children and found that kids who used electronic devices before bedtime were almost twice as likely to get less than eight hours of sleep per night.

And those who used devices for three or more hours per day were five times as likely to report sleeping for fewer than eight hours.

It’s no secret that social media is a huge part of teenage life. According to a study by the Pew Research Center, 95% of teens who are online use social media platforms like Facebook, Instagram, and Snapchat.

There are several reasons why social media can contribute to eating disorders in teens. First, social media can create an unrealistic view of what “perfect” looks like. Teens often see images on social media of people who are thin and have perfect skin, and they start to feel pressure to look like them. This pressure can lead to unhealthy behaviors like dieting and excessive exercise.

Second, social media can be a source of comparison and judgment.

Social Media Is a Distraction in School:

A recent study conducted by the University of Utah found that when students are given the option to use their phones in class, they’re more likely to perform poorly on tests.

The study showed that when students were allowed to use their phones in class, their grades dropped by about one grade point. This is likely due to the fact that social media is a distraction for teens.

Social media can be addictive and distracting for teens. It can be hard for them to focus on schoolwork when they’re constantly checking their phones for notifications.

In addition, social media can be a source of stress for teens. They may feel pressure to post perfect images or to have a large number of followers. This can lead to anxiety and depression. 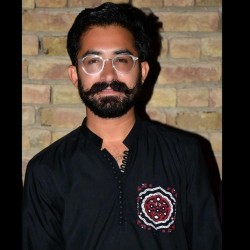 He is the founder of techvirg.com and a publisher. He is also an enthusiastic full-time student and blogger. He is interested in technological innovation, blogging, and writing almost anything.

How to make money online at home for beginners